Coconut no more a Tree! Will you stay silent and watch?

Home > events > Coconut no more a Tree! Will you stay silent and watch? 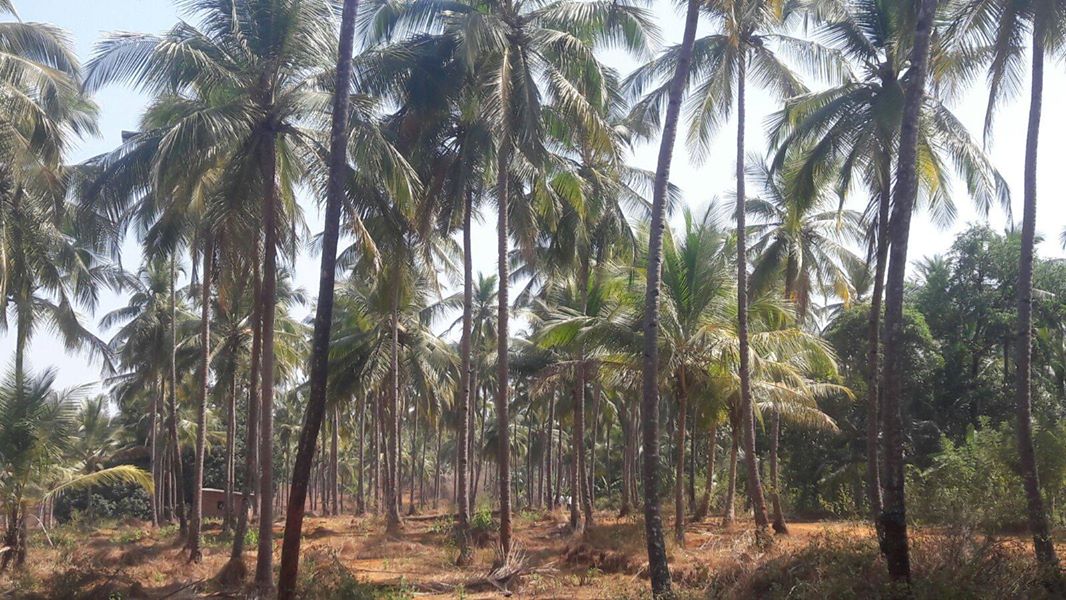 What is this controversy with the Coconut not being a tree?

On January 14th, 2016 the Goa government amended the Goa, Daman and Diu Protection of Trees Act, 1984, dropping the coconut palm from the official list of trees, thus allowing palms to be felled without a permit. This law was passed amongst protests from members of the opposition and no debate was entertained.

The Government is saying Coconut was never a tree, it was an error in the law that they have corrected. Why the fuss?

The government’s apparent logic behind reclassifying the coconut tree as palm was that tree is a plant with main trunk and branches, but a coconut palm does not fit this criterion as it has no branches. The Coconut Palm was added in the list of trees in 2008 to protect it from unlawful cutting. With the reclassification, it becomes very easy to cut the Coconut Tree with no one legal implications.

How does this amendment change anything on the ground? What are its implications?

The government is doing this to help the big corporations who want to set up concrete structures on huge pieces of land within Goa. This amendment creates a backdoor entry through which thousands of trees can be cut without any permissions. A prominent case is that of a brewery being set up on a piece of land which is full of coconut trees. These trees are now easily cut down because of the amendment passed in January. There are many projects where the land was allotted by the government but the construction hasn’t started. Now, it is very easy to chop off a tree and build a concrete structure in its place.

“If permission is not needed to cut coconut trees, then naturally there will be more concrete” – Claude Alvares


What if I want to cut a Coconut Tree that is dangerous in my backyard? This amendment helps that, right? Why only Coconut, not the other trees?

There are multiple other ways that help you if you want to cut a dangerous tree in your backyard. (any tree, not just coconut tree). There is a provision under which the Panchayat, Forest Department and Police to take action on a tree that is deemed as dangerous and get it chopped. The ND Agarwal report on Simplification of Procedures for Effective and time-bound Delivery of Public Services also empowers the tree officer to take a speedy decision on the chopping of a tree. The government is misguiding the people; it benefits the big corporates and puts up a false show of motivating the common man.

If the Govt was concerned regarding the problems faced by the common man, the law should have been for any type of tree within specified distance from the existing house, why just the Coconut Tree?

Is this a politically motivated campaign against the government? What is the urgency?

Prominent environmentalists and leaders have raised their voices on this subject and demanded the repeal of the law or a detailed discussion, but it has fallen on deaf ears. The law was passed very hastily in the assembly without much discussion.

The government is planning to introduce a special Coconut Protection Law after 6 months, this 6 month window will be used to clear all the coconut trees that are in the way of major projects right now.

This sounds serious and the government must be stopped, what can I do about it, elections are still one year away.

Goa’s environment is under major threat where land is being exploited for commercial purposes and the sentiments of Goans towards environment are not being considered. The government must be held accountable and asked to repeal the amendment that plans to kill the Coconut Trees. To protest this anarchy by the government, and demand for immediate repeal of this act, take part in Opinion Poll 2016. We will petition the government to make them realize what Goans feel about this amendment.

Forget the noise, read this to find out how the Coconut Tree Amendment really affects you.

New Schemes at the Building & Other Constructions Workers (BOCW) Welfare Board

Launched various schemes of the Building & Other Constructions Workers ....

Felicitation for Participation and Contribution to Sport and Culture

Felicitated many talented people for their participation and contribution to ....